The Next Big Thing in Threat Prevention

I have a firewall in my DataCenter, Isn’t it enough?

Do you have a firewall in the Data Center? Great.

Is that enough to give you peace of mind? Probably not.

The firewall works as a control based on static rules. It behaves similarly to police who works based on particular regulation or policy. A stateful firewall is a firewall that maintains the state of connections between two endpoints and enforces the set of rules configured. You can have a more advanced firewall feature that can work at the application level, often called Layer 7 (L7) Firewall. L7 Firewall allows you to set more granular rules like putting a restriction on the encryption method, TLS certificate, or filter based on URL. L7 Firewall is performing firewall function at the application layer; hence it is called Application Firewall.

A firewall is excellent, but what about an unknown kind of threat? Malicious activities through legitimate communication?

Online network threats multiply each day and evolve at rapid speed. Enterprise cybersecurity teams need more than just firewalls to address rapid threat evolution. Intrusion Detection System (IDS) or Intrusion Prevention System (IPS) solution is vital to strengthen defense capability in the data center. IPS/IDS works based on a database of behavior or pattern called a signature. It behaves similarly to the Anti Virus, which uses signature detection. As the name suggested, IDS only detects intrusion behavior and report it. There is no action taken by the system. On the other hand, IPS takes action (allow or reject) against the connection.

I like to travel by air, and I hate queueing in the security clearance. Putting firewalls and threat prevention/detection system in the front gate is like doing a body scanner in the airport before you board the flight. The problem arises when the number of people increases. Long queue in the security clearance is a sign of this bottleneck. Adding more body scanner surely add capacity and shorten the queue. But what do you want to do with these scanners in the low season period where there are fewer passengers in the airport? How can we potentially provide a “body scanner as a service” consumption model?

A similar problem happens in the data center where an enterprise commonly deploy Next-Generation Firewall (firewall with threat prevention/detection and other security services within a single box). People who are familiar with the firewall knows how difficult it is to scale the capacity of a firewall. Both scale-up and scale-out have their challenges. Due to these capacity constraints, selective scanning is commonly used as a method to preserve capacity for critical traffic. Selective scanning is done by selectively choose good traffic to be scanned. For example, the threat prevention system only does scanning against traffic from a particular source or particular application traffic. Selective scan potentially results in blindspots as the system is not able to scan all the traffic.

Intrusion detection feature has to be enabled on specific host. It can be enabled for standalone host or host which is part of a cluster in vCenter.

In this lab environment, I have multiple cluster and I enable intrusion detection on my Compute cluster which hosts my workload VM.

How to Update Signatures

NSX can automatically update it’s IDS signature by downloading from VMware cloud-based service. The default setting is to check once per day and VMware publish new signature update versions every two weeks. There is an option to upload signature manually into NSX. 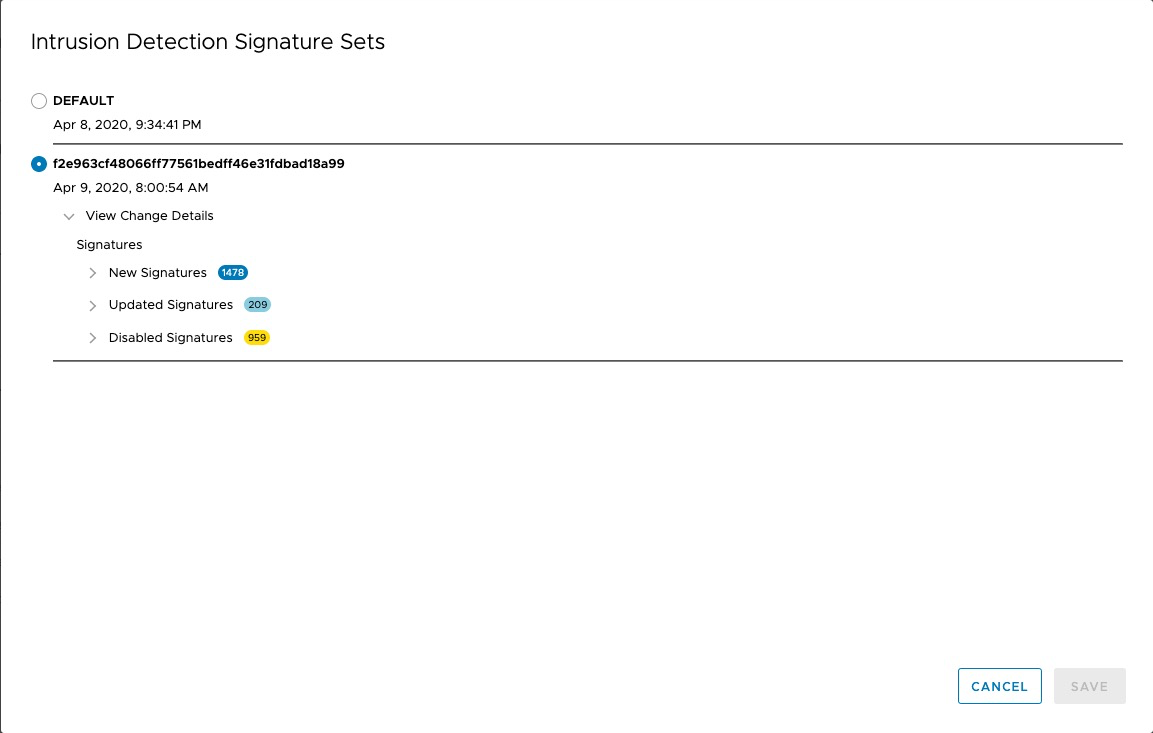 IDS profile is a group of signatures which is applied to selected application/traffic.

There is an option to exclude certain signature from the profile. For example a particular IDS profile is applied to the web server traffic (apache, nginx, etc). You can exclude signature that is related with sql and you can optimize the signature lookup. 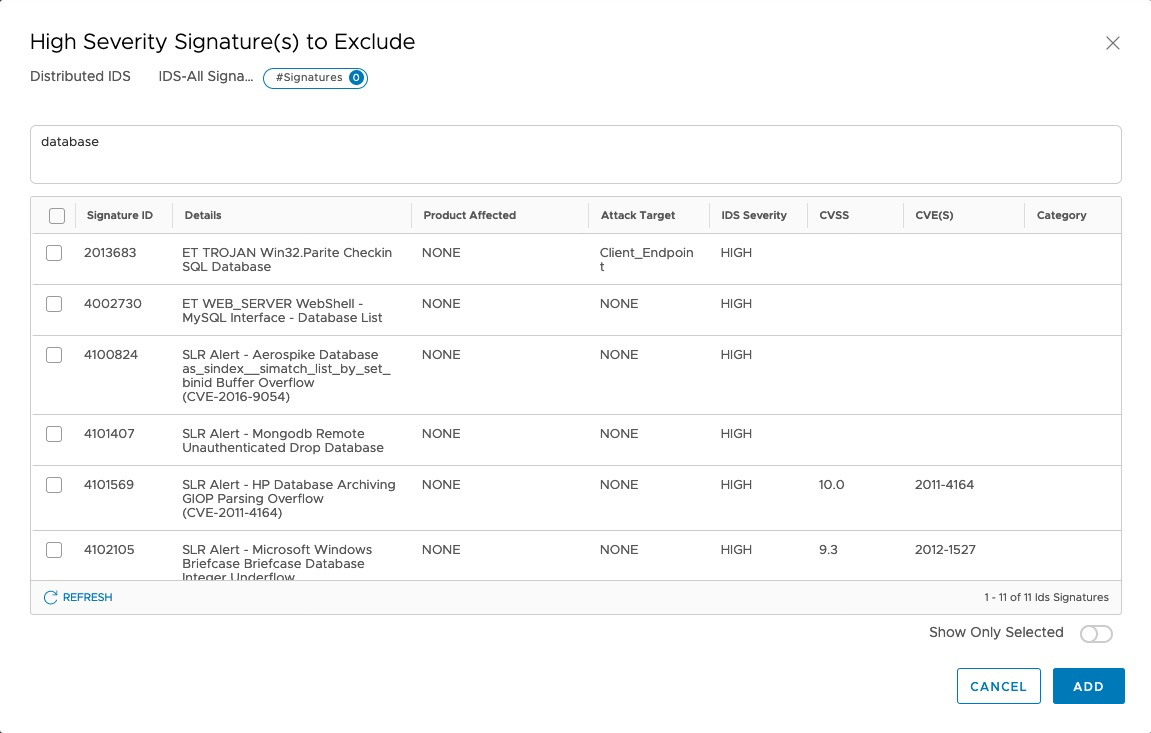 IDS rules are used to apply the profile to selected application/traffic.

Verify that IDS is Enabled in the Host

In order to confirm IDS is enabled on the host, ssh into host and issue nsxcli command as follow:

To check which profile has been applied to the host:

To check statistics about the IDS engine, including rules loaded and information of evaluated packet/sessions:

I have a 3-Tier application consists of Web(apache2), App(apache2), and Database(MySQL). I grouped them together in Project01 using security tags applied to the virtual machine.

The IDS rules created above is to do scanning against ingress/egress traffic to/from Project01 application.

I generate some http request through curl with this commend:

20.20.20.20 is the VIP of NSX-T Load Balancer which manages the load between web server as well as app server.

And we got something:

NSX IPS/IDS is distributed and makes it able to scale along the environment. When the number of nodes in the datacenter increases, so does the protection of it. In short: no blindspots